To celebrate our fifth wedding anniversary yesterday, my wife and I spent a rainy afternoon making what was originally intended as a hot plate for use in the kitchen. In the UK, your fifth wedding anniversary is traditionally referred to as your ‘wooden anniversary’. (Apparently, the US has a completely different rota of commemorative materials.) A few years ago, a friend of ours supplied with us the wooden base for making the hot plate. All we needed to do was stick on the corks. Anyway, we’re very proud of the result – and have d 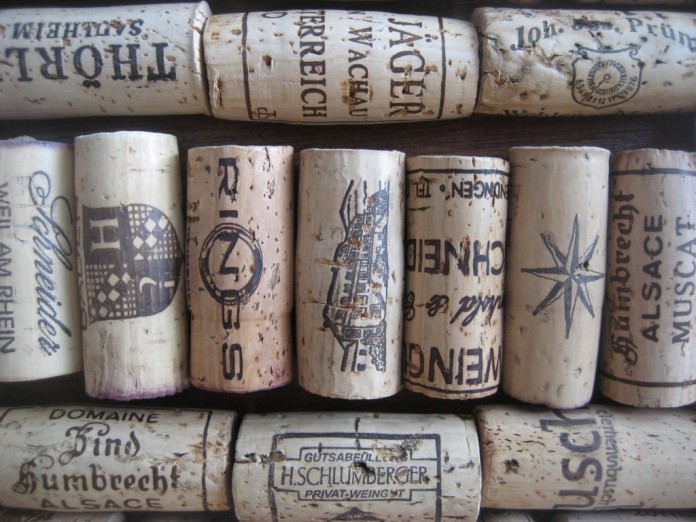 ecided to put it on the mantlepiece instead.