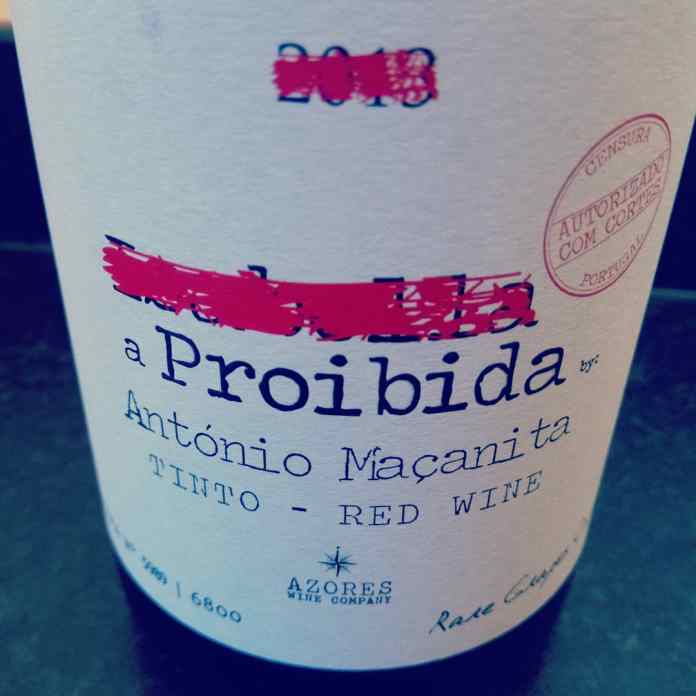 The following wine comes from Pico, a volcanic island in the Portuguese Atlantic archipelago of the Azores. Isabella is the grape – a native American varietal that belongs to the Vitis labrusca family. Obrigados Vinhos, an NYC-based importer of this wine, refers to Isabella as a ‘hybrid of Vitis vinifera and Vitis lambrusca’. I’m puzzled as to where the vinifera bit comes in. Jancis Robinson, for her part, refers to Isabella as ‘one of the oldest native American varieties, probably descended from the seedling of a wild native, Vitis labrusca’. Technically speaking, it is illegal to sell wines from this and similar North American varietals in the EU. Apparently, grapes such as these were blamed for the spread of phylloxera in Europe in the late 19th century. However, the French outlawed North American grapes simply on aesthetic grounds, claiming that they tasted like raspberries and were therefore offensive to the palate. The European Commission eventually followed suit in 1979. Consequently, Isabella is only widespread in places outside Europe such as New York State, Brazil and India (where it is known as Bangalore Blue).

Winemaker António Maçanitas also rescued a small plot on Pico dating back to the turn of the last century when Isabella served as a stopgap – due, ironically, to its resistance to the same phylloxera that it inadvertently helped to spread. Like other grapes on Pico, Isabella grows within a spectacular UNESCO-protected network of dry-stone basalt walls that protect the vines from the winds and salty spray that blow in from ocean. Some spectacular pictures of this unique island landscape can be found here.

António Maçanitas (Azores Wine Company), Isabella a Proibidas, Pico, Açores 2013
The name ‘Isabella’ is crossed out on the label for good reason, while ‘Proibidas’ needs no translation. Sam, the retailer who sold me the bottle, told me that the import of this wine is subject to WTO tariffs, given that the EU effectively refuses to recognise the grape.

As far as I know, this is a completely unfiltered, unsulphured wine.

Dark ruby with violet edges. An immediate ocean whiff on the nose, along with the slightly perfumed scent of cranberries. Further notes emerge around 24 hours later, reminding me of mocha and Indian chai spices. Even a touch of blood.

Firm pithy acidity of the type that hits the front of the mouth instead of the more conventional freshness at the back. And I really mean this in terms of the pips and tannins themselves more than anything else. Definitely an unusual sensation, and probably not everyone’s cup of tea. Cranberries on the palate again, with very sour cherry. Noticeably pithy astringency – a stemmy, ‘seaweedy’ bitterness that I quite like. I guess that’s what they call ‘phenolics’. Medium-bodied with a medium finish.

American grapes such as Isabella are known to be ‘foxy’, in that they have ‘a sort of wild, musky, animal smell’ reminiscent of a ‘fur coat’ (Dr Vinny of the Wine Spectator). I can’t deny that Isabella lives up to this questionable billing to a certain extent. On the other hand, I wouldn’t have automatically thought ‘ah, wet dog …’ had I not knew about this before.

Notwithstanding the above, this is a totally distinct, honest wine that has broadened my horizons. You can’t say better than that.