You wouldn’t think the tiny sub-region of Tuniberg in Baden was necessarily a hotbed of Riesling, but the limestone that permeates the soil there certainly doesn’t do any harm. 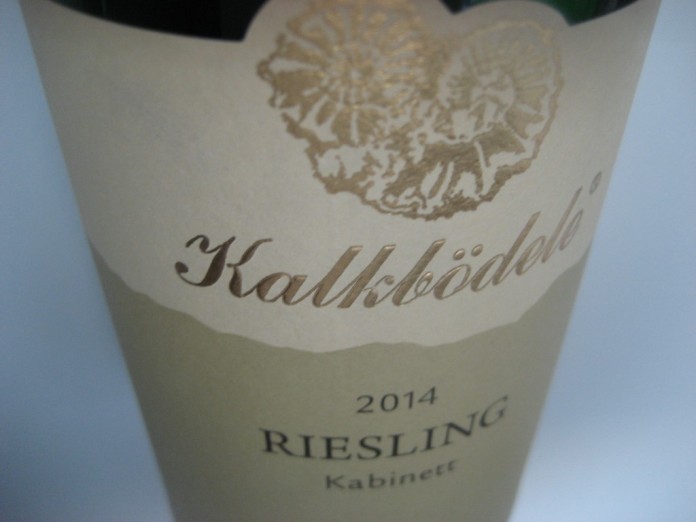 ith pithy citrus hints on the nose.
Fairly light on the palate. Pithy citrus again and slightly waxy, with a silky film on the tongue. Not a loud wine, rather murmuring and understated. Essentially quite light, ‘straight down the middle’ and refreshing. But not banal. A light, limpid Kabinett trocken from one of the warmest places in Germany. Who’d have thought it?

Claus and Johannes Schneider, Weiler Spätburgunder trocken 2014, Baden
Healthy dense ruby in appearance with a suggestion of garnet on the edges. Stemmy and earthy on the nose, with fresh marzipan and distinct red fruit notes such as raspberry. Perfumed almost. Mint slowly emerges too – the smell I’ve detected in the past when the soils are very calcareous.
Sappy and juicy on the palate, showing a great deal of finesse for a Pinot Noir under 10 euros. The tannins also lend plenty of grip and seriousness to proceedings. On a personal level, this is a very poignant wine – I know the site it comes from like the back of my hand, having lived in Weil for nine years and explored the vineyards countless times. I’d probably take a bottle of it with me on a desert island.

Finally, my first ever Johner. No idea why their wines have escaped my inspection until now. 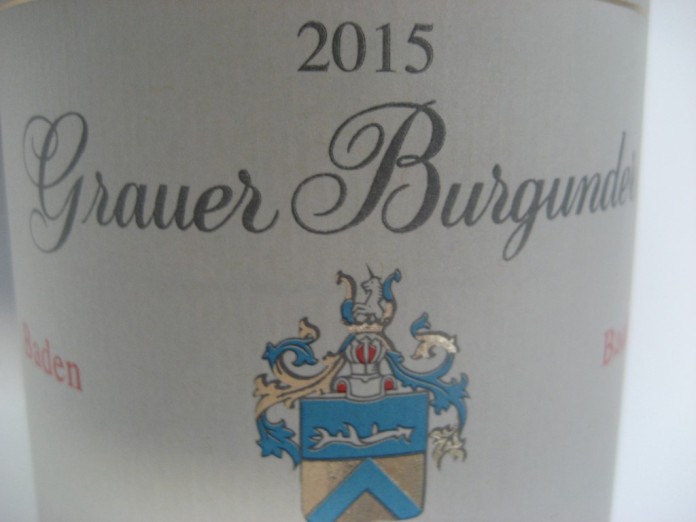 Karl H. Johner, Grauer Burgunder trocken 2015, Baden
This estate is based on the Kaiserstuhl. Its sister property is on the other side of the world in New Zealand. Karl-Heinz Johner’s son Patrick, whom I met briefly at a fair in Zurich some years ago, is also quite well known on the German social-media wine scene for his You Tube videos.

Standard light-yellow in appearance, were it not for a few reddish hints on the edges. Finest Williams pear and touch of cream on the nose. Dense and aromatic, bursting with savoury personality. Slighty nutty.

I laughed incredulously when I took my first sip. So concentrated and long. Ample but athletic – like a decathlete. Toffee and pear with a citrus aftertaste. Apricot is the most prominent element for me though. The acidity is refreshing and perfectly integrated. Some 10 per cent of this saw the inside of an oak barrel, and this lends the wine its savoury dimension. The finish is long. What lingers in my mind is the beautiful taste of sweet, ripe, picture-book grapes on a mellow, sun-drenched October day.