Hauptsache Wein is a German-language Facebook group I joined a while back. I like to browse through the various posts and threads from time to time but prefer not to get involved in the discussions, which can sometimes get quite heated. One lively exchange a couple of months ago concerned a recently published selection of sound bites from Alsace and German winemakers on what they thought of the Rieslings produced by their respective counterparts across the Rhine. Personally, I thought some of the views from the Alsace camp were a little uninformed, to put it euphemistically. Of course, this cooked up a mini-firestorm. A debate then ensued on the merits of Alsace wine, during the course of which Stephan Reinhardt from The Wine Advocate – who had posted the link in the first place – mentioned that the third edition of ‘Millésimes Alsace’ would be taking place in June.

Held every other year in Colmar, Millésimes Alsace is a professional fair that showcases the best of Alsace to the wine trade. As Colmar is only a 40-minute train ride from Basel, I thought it would be a good opportunity for me to re-acquaint myself with the region – I worked at a vineyard in Pfaffenheim, just south Colmar, in the summer of 1998, but my exposure to the region since then had been minimal.

For a good background synopsis on Millésimes Alsace, read Sue Style’s interesting account on her website. I chose to visit the centrepiece of Millésimes Alsace, which was the trade tasting on Monday 13 June.  The day also included a ‘masterclass’, which had three scheduled time slots to cater for French, German and English speakers respectively. The other Millésimes Alsace events – which I had to miss – including a guided tour of an Alsace grand cru the 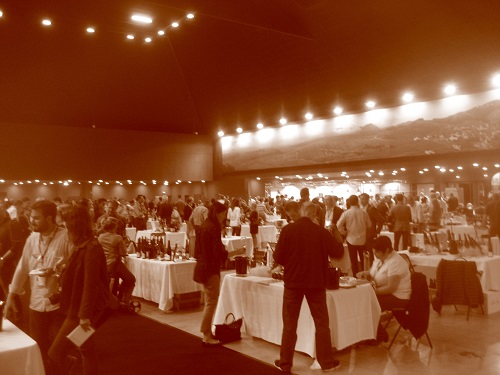 Over the course of the Monday, I decided not to make too many notes while wandering from stand to stand. I just wanted the whole experience to wash over me. Not only was the entire who’s who of Alsace wine in attendance, but wine journalists such as Jancis Robinson and Jamie Goode from the UK, not to mention Stephan Reinhardt, had also made the journey to Colmar. Each producer showed a selection of around half a dozen wines. Around 50 per cent of all the wines were Riesling. Very few showed ‘2015’ on the label; virtually all of were older or much older.

Impressions? In general, they were very positive. Many of the wines had character and complexity in abundance 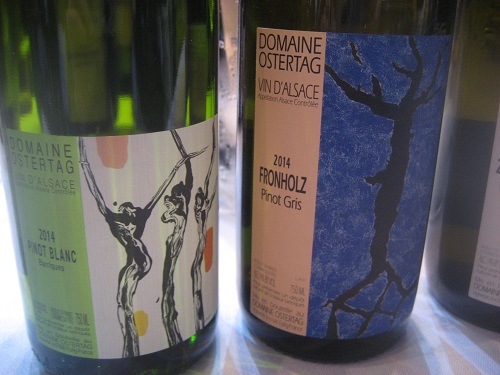 , firstly demonstrating the worth of holding back vintages for a few years, and secondly, showcasing the varied characteristics of the region’s top vineyard sites (or terroirs, if you prefer). As much as I failed to get round half as many of the producers as I wanted, I was able to immerse myself fully in the respective wine collections I did manage to taste. One notable highlight for me was Domaine Gresser, from whom I tasted a wonderfully vivid, bone-dry 1985 Grand Cru Moenchberg Riesling as well as a selection of other Rieslings (Duttenberg, Wiebelsberg, Kastelberg) that were vibrant mirror images of the different soils in which they were grown.

Other names worth mentioning include:
Muré – Beautiful Rieslings and Pinot Noir.
Louis Sipp – An amiable man (Étienne Sipp) producing eloquent Rieslings from a whole variety of soils, including a deeply mineral 2010 GC Kirchberg.
Marc Tempé – Individualistic and exciting. Biodynamic.
Léon Beyer – Old-school Alsace: Rieslings that are bone dry and austere in their youth and need many years to reach their full potential.
Barmès-Bucher – I loved their superb, minerally Brut Nature and dry Pinot Gris (Lieu-Dit Pfleck 2013).
Pierre Frick – Neighbour of Jean Ginglinger & Fils whom I worked for in 1998, Monsieur Frick puts minimal or – in a few cases – no sulphur at all in his wines. His collection was totally different to anything else on offer, often reminding me of cloudy, oxidative apple mead. It’s an acquired taste, but his Sylvaner Bergweingarten 2013 and Riesling Crémant 2014 are worth looking out for.
Ostertag – A couple of delicious dry Pinots Gris , along with a phalanx of superb Rieslings of which the most approachable and easiest to understand was the big, bold 2014 Heissenberg.
Trimbach – I couldn’t forgo a sip of the legendary Clos Ste Hune (2008 and still a baby), but the 2009 Cuvée Frédéric Emile was also extremely impressive.
Zind-Humbrecht – I was pushed for time as it was nearly time to catch my shuttle bus  back to the railway station, but a 2008 Clos Windsbuhl stole it for me.

The Masterclass in English 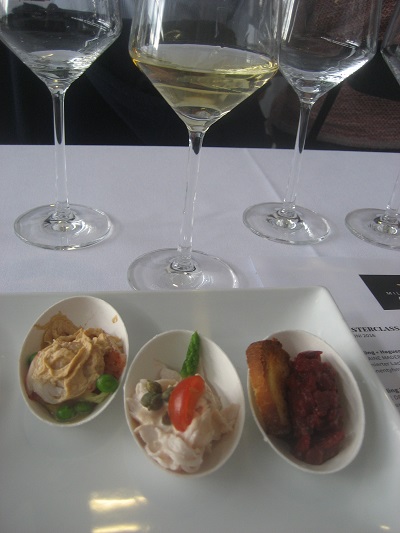 – ‘Alsace Riesling – A Friend of Fine Dining’ – was already fully booked up, so I attended the German equivalent instead, presented by sommelier Christina Hilker, in which five different Rieslings were paired with five respective amuses-bouches. A very enlightening side-event, and a privilege to experience. In particular, the 2009 Cuvée Frédéric Emile from Trimbach and the beef tartar with ginger was a match made in heaven. And served in a magnum (or maybe even larger), the Schlossberg 2008 from Domaine Weinbach was simply a treat.

As I travelled back to Basel that evening – luckily having missed the train strike – I concluded that Alsace produces some incredibly fine, world-class white wines. Such a pity that I had neglected them for so long. Although some of the German winemakers interviewed in the link I included at the beginning of this post seem, on the other hand, to genuinely admire the work of their Alsatian counterparts, Alsace wine has suffered from an image problem in Germany over the last decade or so on account of wines judged to be overly sweet and baroque – ironic, given that this is the same image problem that Germany has had to deal with in the past. In any case, Alsace wines – well, the Rieslings at least – seem to me to be drier than their recent reputation would have us believe. 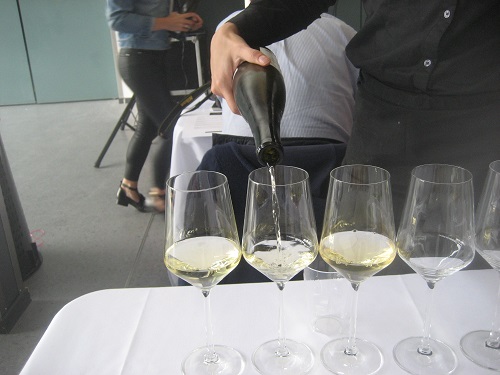 Finally, on a personal note, it was a very pleasant surprise to receive accreditation for this event at all. I am not a wine journalist; I only write a blog – which is why I all the more grateful to the organisers, the Conseil Interprofessionel des Vins d’Alsace (CIVA), for letting me attend.

One thought on “Millésimes Alsace”