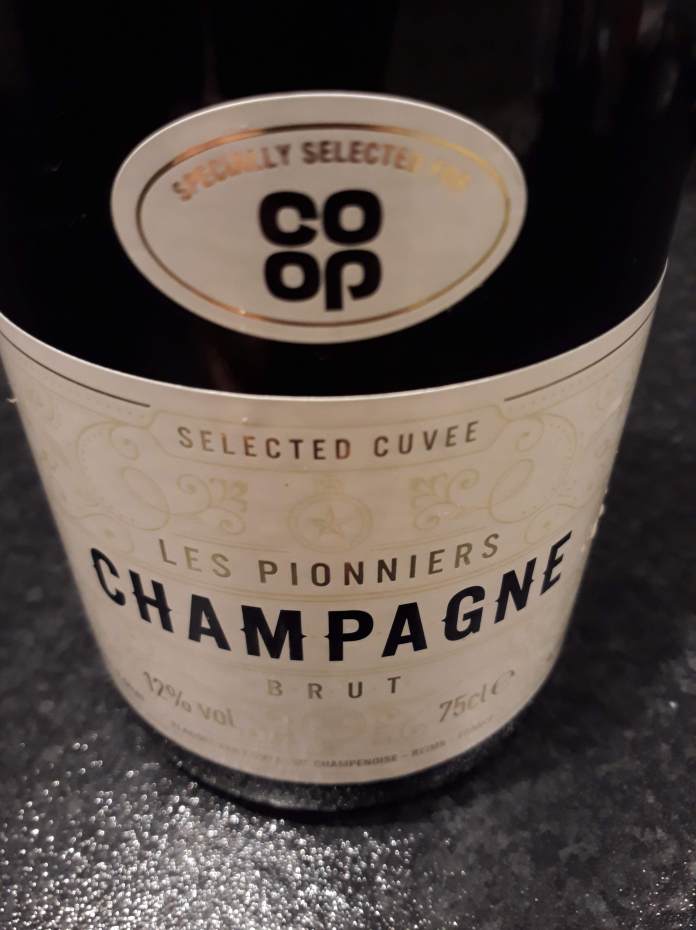 Overall, I find the wine selection in most UK supermarkets to be rather lopsided. There is still a heavy focus on industrially produced wines from the English-speaking New World that are named after some poor animal’s tail (take your pick) or ‘carefully sourced’ from some paddle-less creek. Another gripe – although this could be said for the English-speaking wine industry as a whole – is that the cult of the winemaker also reigns supreme, i.e. you will stress at all costs that whoever ‘crafted’ the wine is also ‘heading up winery operations’. However, even in these troubled times, there are still some affordable little gems that are able to speak for themselves eloquently enough.

Co-op ‘Les Pionniers’ brut, Champagne
This is an own-brand champagne, though the label doesn’t state who actually produced it at source. Healthy medium-light yellow, with fine bubbles. Attractive brioche and butter on the nose, with hints of blackcurrant. Impressive biscuity concentration.
Pure and clear on the palate, with uplifting acidity and less stuffing than the nose might have suggested (no more than medium body). Lip-smackingly dry, with berry fruit (mostly redcurrant) and a satisfying finish. With ample structure and integrity, this fizz punches above its weight.